Publicat per Unknown a 21:35 Cap comentari:

How to find out if there are twins at home...

Well... you see... at home it's easy to find out we have twin girls. Some of the toys (special ones) MUST be doubled if we want to avoid some fighting skills. It's just some of them... with other toys, they have their own interests and are different :-)
Publicat per Unknown a 22:53 Cap comentari:

Such a magical night

Publicat per Unknown a 22:15 Cap comentari:

We really wish you all... 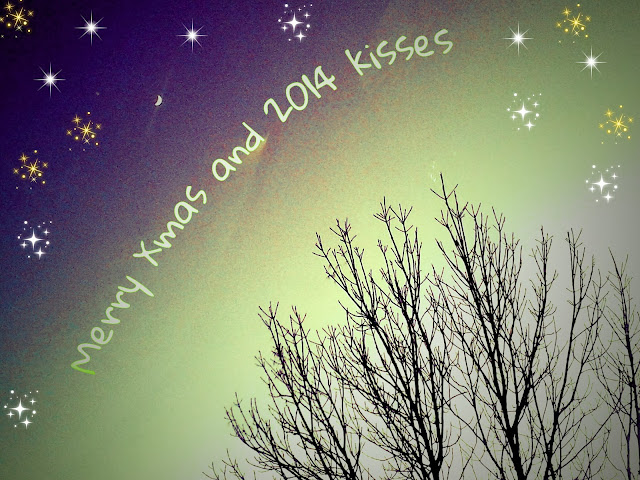 Publicat per Unknown a 21:36 Cap comentari: 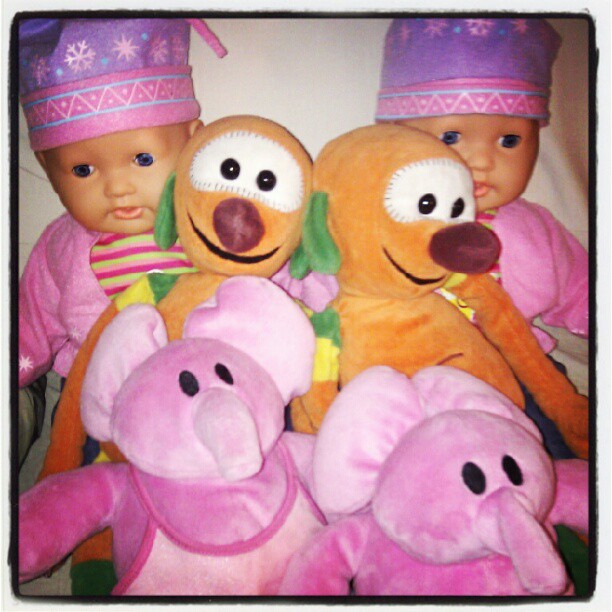 Publicat per Unknown a 8:40 Cap comentari:

A retrospective analysis (the first year)

Now I understand why we always talk about the zero to three development stage. The change is enormous. They are no longer babies, they have started nursery school and their learning curve is very high. Truly fascinating. From the moment they are newborns there is always somebody who tells you "you'll see how much they have changed by the time they are 3, 6, 9 months old, or one year old, or when they turn two". There are always changes on the horizon (which sometimes come true and sometimes do not). Now I have really grasped the main ones.

That is why I have decided to stop for a moment and analyse what these three years have been like. It's one of those analyses which you can do thanks to retrospective and which show how selective our memory is. Surely, if I had reflected on this at that moment, the things that seemed vital to me when the girls were four months old would now seem a trifle.


For starters, fear. Fear to an unknown situation and twice over. I will cut to the chase: I think that people had frightened me so much that it was actually not as hard as people foresaw. Of course it was difficult. It isn't a piece of pie to get home with two newborns and your first. In spite of the fear and the zillion questions like "will I overcome this?", "what will I do if..?" "how should I react if...?", I think that we didn't get too uptight about all this, which was both a blessing and our salvation. We just let things happen and we faced them calmly, simply living the day-to-day. Naturally, it is fair to say, with all the help in the world, because my mother gave me a hand in the mornings and my parents-in-law in the afternoon. Help? Grandparents, uncles and aunties, siblings and nieces. On my side, the youngest niece is 23 years old, so they were agog over/thirsty for a baby.

There was a key fact that put us on the right track. My husband could stay home with us for a month and a half after they were born. I would have been snowed under if he had had to go back to work after 15 days. We were very lucky in this, although he spent a great deal of his paternity leave doing paperwork.

I went back to work after five and a half months. I was torn apart over this. On the one hand, I felt like it because I wanted to recover what had been my life and because there had been some hard moments, marked by anxiety, tears and nerves. On the other, I understood that nothing would ever be the same again. I missed the girls and I only wanted to go back home to be with them. When I started work again, my husband could stay home. He was in charge and took on the burden of the first baby foods and some exasperating moments because Estel simply wouldn't eat at all.

I look back and I have this feeling: It was hard, but I don't remember it anymore. I don't remember our sleepless nights, holding it up one day and the next. I know that my husband will absolutely disagree with what I am writing (in fact, I have also asked him to write this analysis too). Sneak peak: He remembers the lack of sleep as if it had been engraved with fire on him. I believe that it was so intense a learning process and gained such an impressive knowledge that I only recorded this in my memory.

At Cosmocaixa, in Barcelona. Today is daddy's birthday, so we had a lovely lunch out and a wonderful afternoon playing together. They had been at the museum with the school a couple of months ago. So they have really enjoyed being our 'teachers' today. 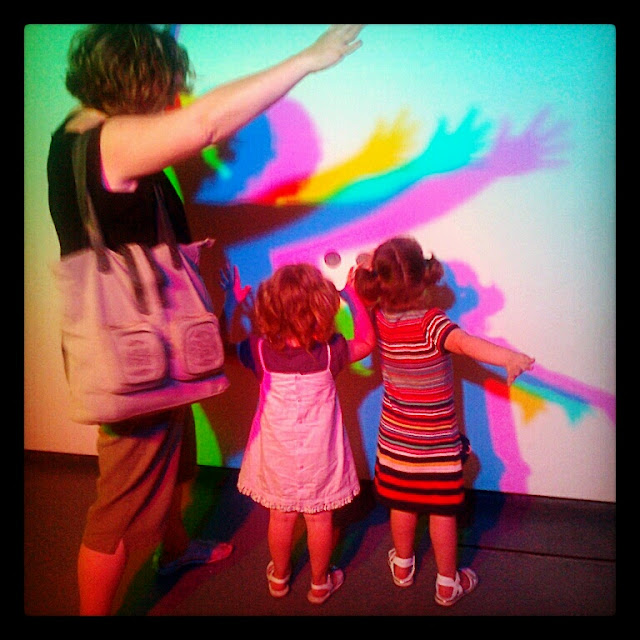 Qui sóc / About me